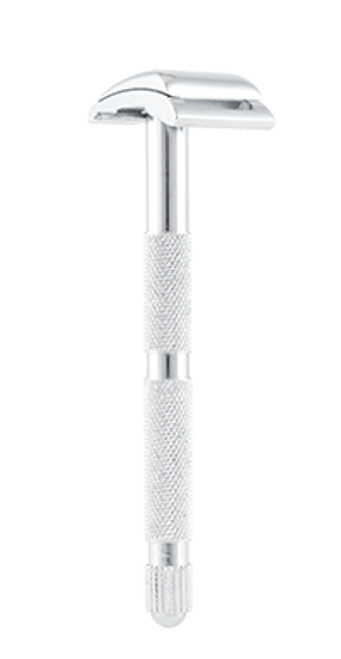 Merkur Moustache & Beard Razor (907) is especially designed to fit into the tight areas of the faces to highlight beard and moustache grooming (also great for eyebrows!). Double edge blade had two widths for greater flexibility in getting into tight spaces. W. Clement Stone used to buy his razor from us to keep his pencil-thin moustache pencil-thin!