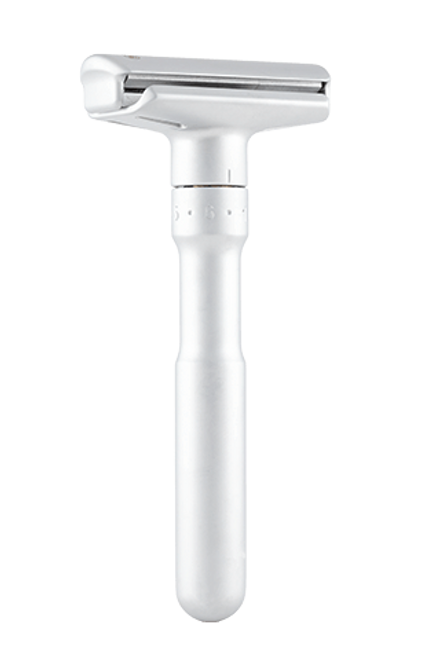 The Merkur - FUTUR Adjustable Safety Razor, Brushed (70) is a design that retains the understated dignity of Old World shaving in a sleek modern design.