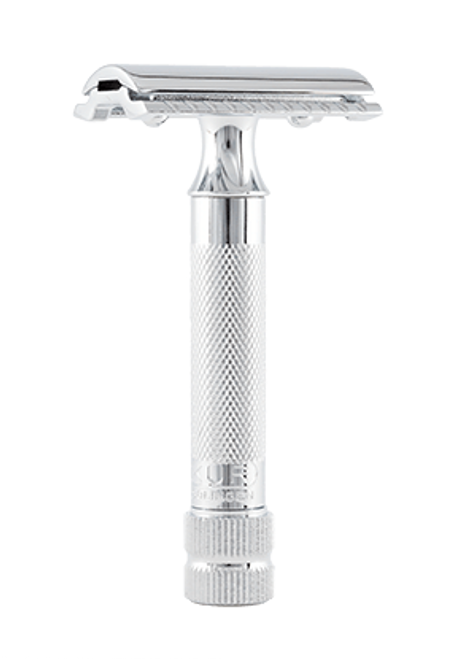 The Merkur - Heavy Duty Safety Razor, Straight Guard (34C) is the classic razor design with heft that is suitable for all beards and skin type. The straight guard allows for a smooth shave with minimal irritation. This razor is the classic razor your Grandfather used – and loved!