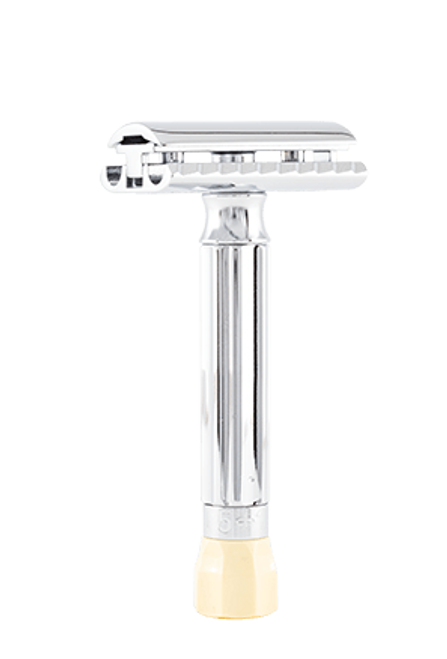 The Merkur - Progress Adjustable Safety Razor (570) is the classic razor design with heft and balance that is suitable for all beards and skin type. The fully adjustable head allows you to customize the blade angle for your face for the most comfortable shave with minimal irritation. One of our most popular designs.