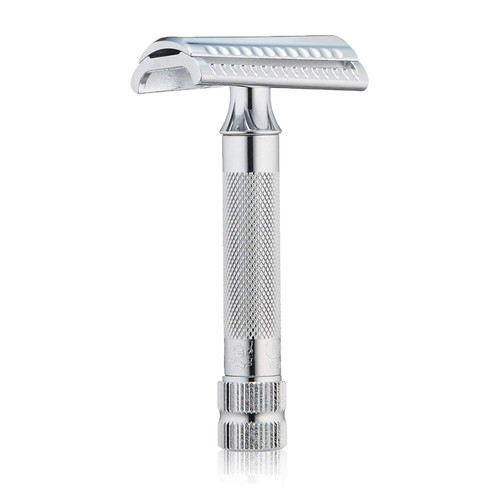 The Merkur - Heavy Duty Safety Razor, Slant Guard (37C) is the classic razor design with heft that is suitable for heavy beards and tough skin. The angled slant guard slices through tough whiskers with ease. This razor is less aggressive than straight guard razors and more suitable for sensitive skin or the more novice user.