When you Google it, the answer is  63% occasionally and 23% all the time.  See graphic above. Apparently the stat does not include aftershave or body sprays. 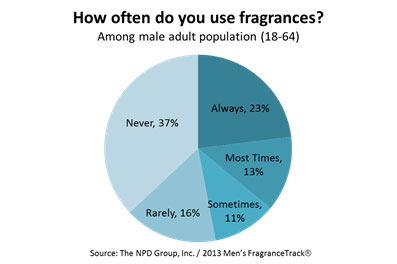 Now the  Wall Street Journal uses a different source,: "In a report from market researcher Mintel, 55% of men said they wear cologne."

The discussion board Basenotes, "loving perfume on the internet" has a  thread on the topic.